Irish belongs to the Gaelic or Goidelic branch of the Celtic languages, along with Scottish Gaelic and Manx. By the 5th Century AD, Irish was established as the dominant language in Ireland. However, the structures of Gaelic society were destroyed in the 16th and 17th Centuries as English rule was consolidated in Ireland. By the end of the 18th Century, less than 50% of the population was monolingual Irish-speaking and that sector consisted primarily of the rural poor. This sector was decimated by the Great Famine of 1845 - 1850 and by subsequent emigration. By the end of the 19th Century, monolingual Irish speakers consisted of only 1% of the population.

The Gaelic League (Conradh na Gaeilge), established in 1893, played a key role in the development of policies in favour of Irish, many of which were adopted by the Irish government following the establishment of the Free State in 1922. Irish was designated the "national language" in the Constitution, it became a compulsory subject on the school curriculum and competence in Irish was necessary for employment in the public service. In 1937, a revised Constitution designated Irish as "the first official language" because it is "the national language" while English was recognised as "a second official language".

In the 1920s, the government also decided to map the "Gaeltacht", the areas where Irish was still spoken by the people. The Gaeltacht was reduced considerably in 1956 following a review of the Gaeltacht boundaries. At the same time, a dedicated government department to co-ordinate Gaeltacht affairs was set up. This was followed in 1957 by the establishment of Gaeltarra Éireann, the first state industrial development agency for the Gaeltacht. Gaeltarra's board consisted of government appointees. The Gaeltacht civil rights movement and the emergence of Gaeltacht-based co-operatives in the 1960s and 1970s culminated in a campaign for a more democratic Gaeltacht agency. This led to the establishment in 1980 of Údarás na Gaeltachta, most of whose board is chosen directly by Gaeltacht residents in elections.

There are currently Gaeltacht areas in seven counties (Donegal, Mayo, Galway, Kerry, Cork, Waterford and Meath). The economic development of the Gaeltacht has, however, been accompanied by declining percentages of Irish speakers. In 2002, a government commission reported that of the 154 electoral divisions in the Gaeltacht, only 18 divisions have 75% or more people in them who are daily speakers of Irish.

Surveys reveal a high level of support for Irish as a symbol of identity, for the competent teaching of the language at school and for policies supporting the Gaeltacht. This is evident in the 2009 survey entitled The Irish Language and the Irish People.  However, the discrepancy between the high numbers claiming knowledge of Irish and those speaking it every day is striking. In the 2001 Census in Northern Ireland, 10.35% of the population claimed to have "some knowledge of Irish".

One of the most notable aspects of the Irish language revival in recent years has been the steady growth of the gaelscoileanna (Irish-medium schools). In both the Republic and Northern Ireland in 2006, there were nearly 200 gaelscoileanna, at both primary and post-primary levels, outside the Gaeltacht compared to just 16 gaelscoileanna in 1972.

There have also been significant developments in Irish-language media in recent years. Since 1996, a dedicated Irish-language television channel, TG4 (formerly Teilifís na Gaeilge), has been on air. The Gaeltacht-based radio service, RTÉ Raidió na Gaeltachta, broadcasts 24 hours a day.  A cross-border language promotion body, Foras na Gaeilge, was established under the Good Friday Agreement of 1998 and there are also many voluntary Irish language organisations.

In 2003, the Official Languages Act was passed, giving expression to the constitutional status of Irish as the first official language. That Act led to the establishment of the office of An Coimisinéir Teanga. In 2006 the Government issued the “Government Statement on the Irish Language 2006” in which it affirmed its support for the development and preservation of the Irish language and the Gaeltacht.  In 2007, Irish was recognised as an official working language of the European Union.

The Government  agreed a 20-Year Strategy for the Irish language on 30 November 2010.  An Taoiseach launched this Strategy on 21 December 2010. The aim of the strategy is to increase the number of people using Irish on a daily basis outside the education system to 250,000 people over the next 20 years.   The Strategy can be downloaded from the website of the Department of Culture, Heritage and Gaeltacht www.ahg.gov.ie.

The website also has copies of  the consultants’ recomendations for the 20 Year Strategy prepared under the direction of Fiontar DCU and the Comprehensive Linguistic Study of the use of Irish in the Gaeltacht, research carried out by Acadamh na hOllscolaíochta Gaeilge in the National University of Ireland, Galway.

The recommendations made by An Coimisinéir Teanga to the consultants advising on the preparation of the 20 year strategy are available here. 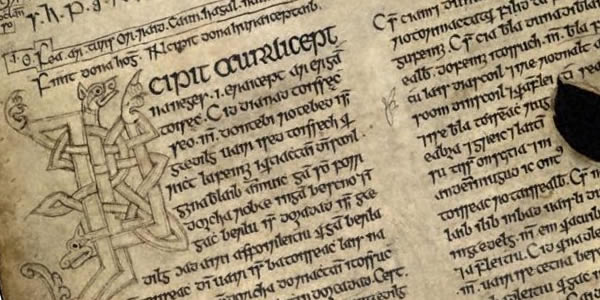